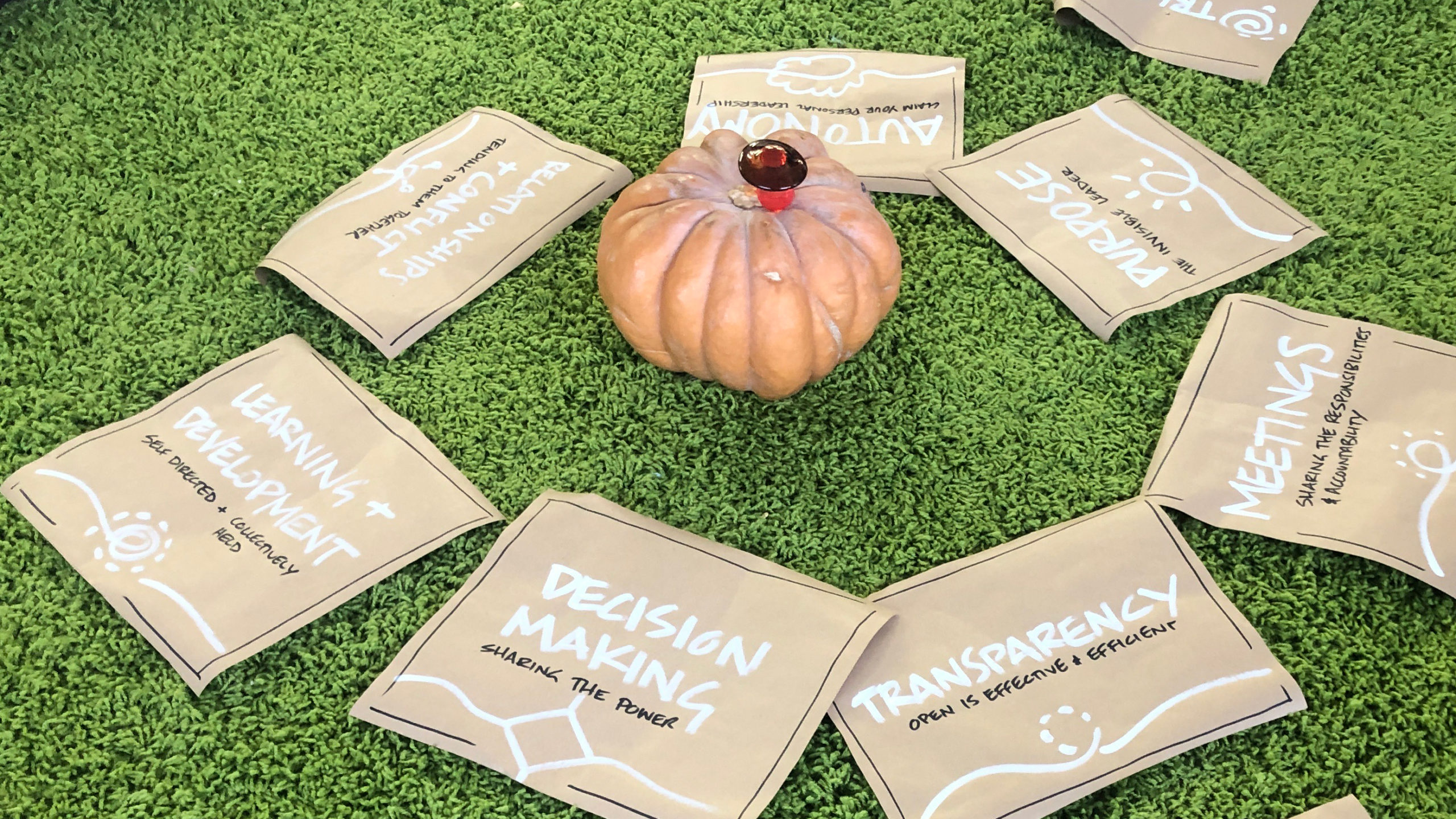 At this turning point in our relationship with Earth, we work for an evolution: from dominance to partnership; from fragmentation to connection; from insecurity, to interdependence. – Declaration of Interdependance, David Suzuki Foundation https://davidsuzuki.org/about/declaration-of-interdependence/

The mycelium model of organising is one of partnership. It’s horizontal, it’s humble, and it spreads across the globe connecting plants, trees and other living beings in huge global networks.

As one of the most successful species on the planet, it’s clear that this is a winning pattern of organisation. By allowing information to flow freely, and distributing resources throughout the network in a locally responsive and decentralised way, fungi display the ultimate organic collective intelligence.

Our movements and organisations require that we organise intelligently, and learn how to translate this way of organising from theory to practice. Learning to organise like mycelium opens up the possibility of building organisations that mimic fungi, and spread and flourish across the globe.

Decentralised organising is great in theory, and difficult in practice – the shift in working goes beyond structure; it’s in behaviours and practices. Join us for a one day masterclass in how to organise your team horizontally, and totally reframe our idea of leadership to one that is shared and collectively governed. We’ll cover questions such as:

How do you translate non-hierarchical organising into reality and practice?

What does it look like to be efficient and effective without a boss?

How do you distribute leadership between your team and balance autonomy and coherence?

We believe that non-hierarchical ways of organising and partnership culture is something innate to all humans. Like fungi, we are all interdependent. But while it is deeply natural, we have also forgotten how to do this with ease. We are out of practice.

As a team of three experienced facilitators, we will guide you through practices, tools and strategies that will bring this way of organising alive. In the process, deeper and slower mycelial shifts in paradigm and culture will leave you prepared to continue your journey of organising and leading in a different way.

Who is this for?

Increasingly, organisations identify the need to operate in a more horizontal, democratic, participative and collaborative way. Systems changers see the need to embody the kind of paradigm shifts they wish to see in the world. And movements realise that the best way to scale is horizontally and in a self-organised way. It doesn’t matter if it is called participatory leadership, co-creation or innovation mindset, it all requires going horizontal.

This workshop is for you if:

Paul Messer is a Going Horizontal Steward and co-owner of Percolab. Trained as an industrial designer, Paul applies design thinking to everyday life. Paul is a ninja in organizational culture and service design innovation. As a graphic facilitator and expert in visual thinking, Paul creates on the spot visual maps to support group innovation and co-design. Creator of Visual Thinking Lab workshops and coaching to support visual thinking in working in complexity and business strategy.

Phoebe Tickell started life as a biological scientist at Imperial College London, where she explored the world of bacteria, algae and mycelium and the networks they create to thrive. She now tours the world as an international speaker helping organisations and teams ‘be more like bacteria’ and learn about better organising patterns that mimic nature.

She has worked for the past 5 years on projects and with organisations in the space of self-management, new forms of organisational governance and technology tools to allow better collaboration. She is a Going Horizontal Steward and member of the Enspiral network, a self-governing collective of entrepreneurs and innovators that has become globally known for its networked governance practices.

This 1-day training is a hands-on experience, where you will explore seven concrete practices to develop and expand more horizontal ways of working. Rooted in practical application – tried and tested with organisations around the world – you will live the experience of truly working with a leaderful mindset and develop practices and tools that can immediately be put to use.

Join us for a collective, experiential and in-depth experience to support your efforts, and join a growing community of practitioners.